Meet senior Ruhan Syed, LAMP honors certificate student majoring in Political Science. Syed also has a minor in Middle Eastern Languages and Cultures with a focus on Islamic History. While attending a scholarship event in Indianapolis prior to attending IU, Syed spoke with an ambassador who had been a LAMP student. They discussed how LAMP could be an “x-factor” in his education and career plans. The program would add an element of flexibility that he would not necessarily get from a Kelley program.

Last summer, Syed had the opportunity to combine his LAMP skills with his passion for politics as a legislative intern. He worked in Congressmen André Carson’s (D-IN-7) office in Washington, D.C. He states, “Much of my day-to-day work was spent learning about the legislative process as well as writing policy briefs, constituent letters, and news clips.” He even had the opportunity to draft and edit legislation the Congressmen was interested in filing!

Regarding the skills he has gained from LAMP, he remarks that “LAMP coursework has taught me how to analyze data and situations from a 10,000-foot perspective, which is often missing in majors with a specific scope. It has also taught me how to communicate my analysis and arguments in a way that is clear and convincing.”

Syed also said that these skills he built through LAMP specifically allowed him to move onto large projects in the congressional office early in the summer. “Since I already had a strong foundation in written communication and data analysis from LAMP, I employed those skills in higher level projects that are often given to full-time staff or long-term interns.”

Syed’s favorite LAMP class he took was LAMP-X298 with Professor Spang, in which students focus on personal and professional development. He comments that “The 8am start time was not a fan favorite for the LAMPers in my cohort. However, being able to build confidence in my liberal arts degree and in myself as a candidate for my post-graduation plans was central to my academic and professional success.”

Syed has two pieces of advice to offer to new and current LAMPers: “Keep an open mind! You never know where or to what LAMP can bring you. We often think about using LAMP to have a career in business or business adjacent field, but those skills applied to the path I have taken in political work. Second, don’t be afraid to ask for help. It was a few LAMP alumni who first helped connect me to some really cool summer opportunities. Those opportunities in turn opened the door for possible post-graduate plans. All because I got in touch and they were willing to help.”

Syed is certain he wants to go back to D.C. and work in policy or public affairs. He has found the work incredibly exciting and says that graduate school could be in the works, too.

Thank you to Ruhan Syed for telling us about his experiences in LAMP! If you are a current LAMP or MHO with an interesting experience to share, feel free to email us at lamp@indiana.edu. 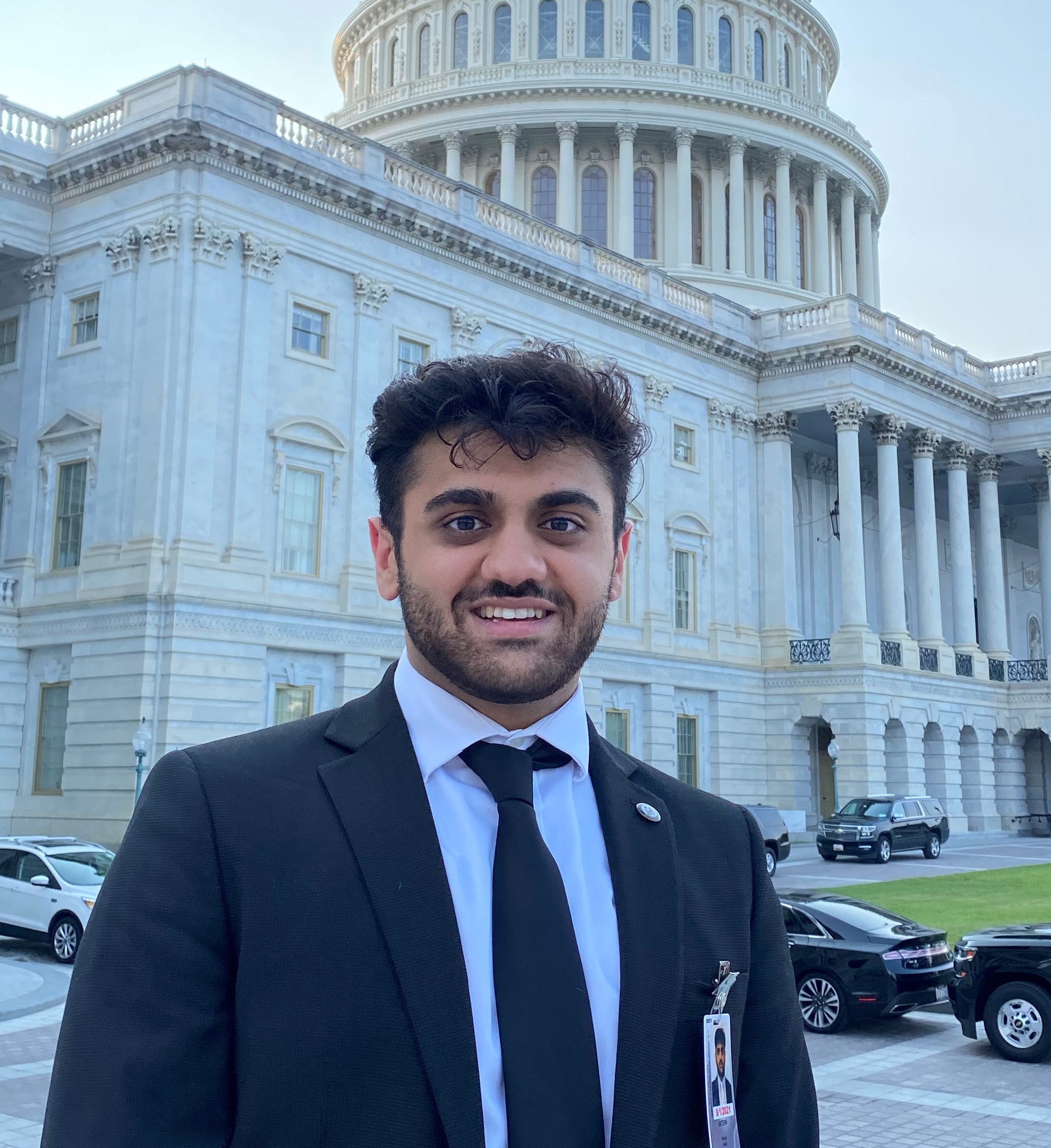